The Red – VIP Movie Premiere Event Scheduled for May 2, 2013

Events for The Red

With over 37 million people in the U.S. currently managing a student loan, the Institute for Higher Education Policy reports 41% are delinquent at some point in the first five years after entering repayment.

Of the 1.4 million college loan borrowers in the SALT program, 94% are in good standing with their student loans.  SALT enrollees are 54% less likely to default on their student loans compared to national default averages, reports ASA.org.

The Red is a short film, written and produced by SS+K and Borderline Films, that conveys the gravity related to carrying the burden of student loan debt.  Borderline Films’ latest movie, Simon Killer, recently premiered at Sundance and will be released this spring through IFC Films.

Borderline Films received critical acclaim for Martha Marcy May Marlene, which won the Dramatic Feature Directing Award at Sundance and Afterschool, nominated for the 2009 Independent Spirit Award for Best First Feature. One of their first shorts, Buy It Now, was the first place winner in the Cannes’ Cinefondation section. 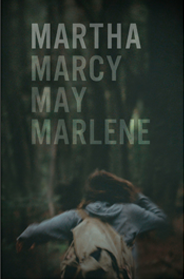 The Red VIP Movie Premiere Event offers college students the opportunity to walk the red carpet, receive a VIP gift bag, enjoy free food and drinks and see not only the premiere of The Red but also an early screening of Iron Man 3 in 3D. One college student at each event will win a new iPad Mini with a Smart Cover by Apple.

College students can reserve a free ticket to any of the events HERE.

Established in 1956, ASA was the first student loan guarantor in the nation. In addition to their debt management services for borrowers, they also serve the U.S. Department of Education, college financial aid administrators, education loan lenders, and the community at large.